Guide to Being Granted Lasting Power of Attorney 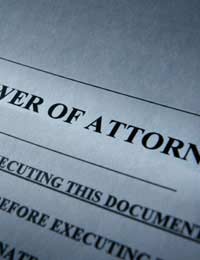 Although most carers have to focus on physical aspects of their role, there may come a time when they have to take over the decision-making processes of the person they are looking after, because the person they care for is simply unable to take these decisions on their own.

If this happens you may decide that the best option would be to apply for a Lasting Power of Attorney (LPA). An LPA means that in the event of a person losing the ability to make decisions in their best interest, that a person appointed by the courts will be able to take the decisions on their behalf.

The Criteria for Becoming an LPA

First it is important to understand who can and cannot be officially granted LPA status. For a start you will need to be at least 18 years old in order to be given Attorney powers.

In the court’s eyes you must be considered old enough to be able to handle not only your own financial affairs, but someone else’s as well. In this respect to meet the responsibility criteria you also need to prove that you have not ever been declared financially bankrupt. Once this criteria has been met you can begin the application process.

In order to be granted LPA status, the person you care for‘ known as the ‘donor’ will be required to fill in forms, that permit their carer to become their attorney. These can be found on the Office of Public Guardian website.

When they fill out these form they will be expected to indicate whether the power of attorney they are signing over is considered temporary or lasting.

They will also have some control over the power given to their attorney. For example they can choose which financial decisions they will empower you to make, and if they are able to they can offer guidance as to some of the decisions they would want you to make further down the line.

Registration of the LPA

Once the form has been completed it will need to be submitted to the Office of Public Guardian. There is an administration fee of £120 in order to register the application.

The fee can be waived, however, if the person registering the LPA is claiming benefits or has a low income, or if it is believed that paying the fee would cause undue hardship to do so.

Once the LPA has been granted, this should make it considerably easier for the attorney to be in a position to make decisions about the donor’s finances.

These could include the purchase or sale of property, the opening or closing of any bank or building society accounts, applications for benefits or dealing with tax issues with the Inland Revenue.

Other important uses could include setting up legal proceedings on their behalf, applying for NHS or community care or even purchasing birthday or wedding gifts using the donor’s bank accounts.

There are strict guidelines laid down by the Mental Capacity Act 2005 that control precisely what powers an attorney can and cannot exercise in the name of someone else. The Office of Public Guardian has also produced a guidebook for all LPAs to follow.

What is a Lasting Power of Attorney?

Looking After Someone Else's Financial Affairs

What You Need to Know About the Carer's Allowance