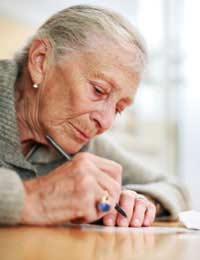 Last month, the National Health Service Ombudsman released a damning official report that shone a spotlight on dramatic failings in healthcare for the elderly from the NHS.

Who Commissioned The Report?

The report came into existence after a number of complaints were made to the Health Service Ombudsman from elderly citizens. In total, more than 9,000 complaints had been received by the Ombudsman between 2009 and 2010, and of these almost 20% were related to elderly care.

As a result, a report entitled ‘Care and Compassion’ was written by Ann Abraham, who represents the Health Service Ombudsman. This report has been addressed to the House of Commons and the House of Lords, and the Ombudsman has urged all members of the NHS to read it, too.

What Does The Report Say?

The report goes in-depth into the official complaints made on behalf of 10 elderly recipients of healthcare from the NHS. Each of the complaints revealed upsetting and disturbing treatment received by elderly people. Perhaps most shockingly, 9 out of the 10 individuals concerned died shortly after their treatment.

The report explained that in several cases the NHS had failed to provide elderly patients with adequate food, drink and basic sanitary care (i.e. assisting elderly people to the toilet).

In other cases, patients were found to have experienced unnecessary pain, suffered as a result of inadequate discharge arrangements, and were greatly inconvenienced and distressed by poor communication and mismanagement of their treatments.

In the foreword to her report, Ann Abraham stated that the case studies contained within the report highlighted “the stark contrast between the reality of the care they received and the principles and values of the NHS”.

The report explains how each of the 10 cases that were brought to the attention of the Ombusdman were investigated. According to the report, the cases were unrelated and each of the 10 investigations was independent, although they were brought together because they “highlighted the common experiences of the patients concerned”.

What Can We Conclude From The Report?

According to the Ombudsman, the report is a key tool that highlights how the ‘principles and values of the NHS’ have been eroded over time, with poor treatment of the elderly one of the most worrying outcomes.

Although the report pointed out that there are a great many skilled and compassionate professionals working within the NHS, there are too many examples of where the standards demonstrated by NHS staff fall well below even basic expectations.

The report went so far as to say that its findings “reveal an attitude, both personal and institutional, which fails to recognize the humanity and individuality of the people concerned”. NHS staff were also accused of failing to respond to elderly patients with “sensitivity, compassion and professionalism”.

Of course, a report that highlights 10 cases cannot be considered as a scientific study, or be representative of the treatment experienced by all elderly people in the care of the NHS. Also, the report cannot tell us how often such failings within the system are occurring.

The Response From The NHS

In response, the chief executive of the NHS Confederation, Nigel Edwards, stated: “It is of course important to put these 10 examples in perspective. The NHS sees over a million people every 36 hours and the overwhelming majority say they receive good care. But I fully appreciate that this will be of little comfort to patients and their families when they have been on the receiving end of poor care.”

Clearly shocked by the findings of the report, the Care Services Minister, Paul Burstow said: “This report exposes the urgent need to update our NHS. We need a culture where poor practice is challenged and quality is the watchword. The dignity of frail older people should never be sidelined.”

In closing the report, the Ombudsman said, “the NHS must close the gap between the promise of care and compassion outlined in its Constitution and the injustice that many older people experience. Every member of staff, no matter what their job, has a role to play in making the commitments of the NHS constitution a reality for patients.”

Why the Elderly Are Being Punished by the Care Lottery

Tips on Choosing a Care Home

What Are Community Care Assessments?