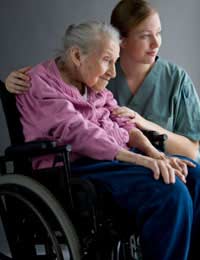 The UK’s growing number of carers are in danger of being left confused by the Government’s latest White Paper that looks at the Carer’s Allowance.

What does the Government’s White Paper Examine?

The White Paper is a discussion document that opens up proposals that could in future be passed as law. The latest initiative is to replace existing separate benefits with an all-encompassing benefit option.

The Government has touted their new proposed benefits reform as “Universal Credit - welfare that works’. The aim is to radically simplify the benefits system with a 'one size fits all' approach that will offer greater incentives for people to get back to work and combat poverty at the same time. That's the theory, but it seems that so far the Government is confused as to just how far to take the new universal scheme in terms of the Carer's Allowance.

When asked to clarify why this was, the Government would only advise that when people are claiming care related benefits, there is the possibility that additional amounts claimed by carers could be added back in under the Universal Credit scheme.

This would mean effectively two credits under the single scheme, hardly a simplification of the process as the White Paper was intended to bring to the benefits system.

As it stands, the general consensus is that the Carer’s Allowance is not the best way to provide financial assistance to those who have been forced to give up work in order to care for someone.

At present, the benefit is means tested, meaning that there are certain conditions that a person must meet in order to get the full amount of benefit. As a result, many carers who receive the benefit are still living in poverty.

As part of the Universal Credit proposals, the Government intended to ensure that many carers were exempt from the means testing, particularly those who also have children under the age of five to look after.

The Government is expected to push the White Paper through and pass Universal Credit into law sometime in 2013. Once the law has been passed claimants will start to be moved onto the new all-encompassing system early in 2014.

The Government has tried to assure people that those who currently claim or apply for Carer’s Allowance will not end up receiving less money under the new system.

It has also advised that the incentives to return carers to work will not diminish at a punishingly fast rate, thereby making it easier for people to make the transition from caring to part-time, and then hopefully on to full-time work in due course.

The White Paper is still confusing in its current shape, but hopefully the Government and other interested parties will be able to offer greater clarification before the proposals are debated in the House of Commons in just over a year’s time.